Pixelcraftian Wiki
Register
Don't have an account?
Sign In
Advertisement
in: Pages working in progress, Characters, Side Characters,
and 5 more

Detective Kabe!
Starstorm (owned by TheCappyGuyBR) is a male yellow Kirby with an orange hat resembling Mario with a '2' on it, he has a dark brown and orange scarf, and black hair. He can use PSI abilities, and apparently can't see without his glasses.

"Starstorm" is an OC that's gotten to know the crew far more than any other OC. He's near Kebe at dangerous times, who knows why."

Starstorm is a yellow kirby with red-orange feet. He has black hair, wears a brown, red, and dark orange scarf, has brown glasses and an orange hat that has the number 2 on the front of it. 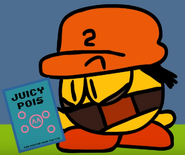 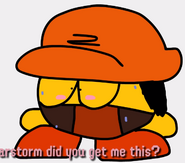 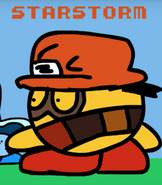 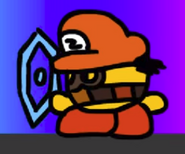 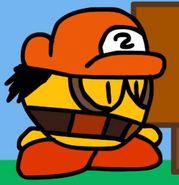 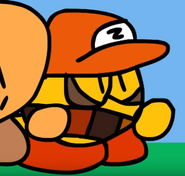 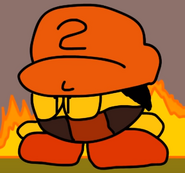 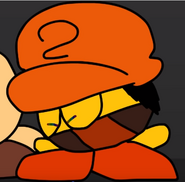 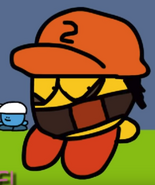