The Golden Ores
Poop Kirby (owned by Pinamations) is an OC that sometimes appears in Waddle Dee Delight, first appearing in Original Characters. He looks like Kirby, but is colored in a very dark brown color that as his name says, makes him look like poop. He was one of the first OCs in the Waddle Dee Delight series, as he first appeared in the first episode featuring OCs. 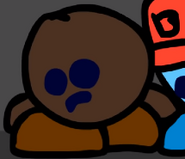 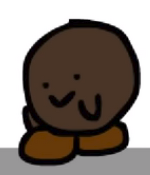 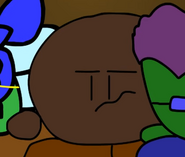