Pixelcraftian Wiki
Register
Don't have an account?
Sign In
Advertisement
in: Pages working in progress, Characters, Side Characters,
and 3 more

Objan is an white object-like character who first appeared in a short animation fittingly called objan. He later appeared in the SOOS series, where he befriended Userunknown and became a very prominent character in Pixelcraftian's animations. In Panic at the Party, he is invited to Dream Land by Kirby. Because of this, he has started to appear in the Waddle Dee Delight series, usually alongside Userunknown. He was the only survivor after Magolor's attack and is the leader of stopping him during Magolor's Reign. He now currently resides in the Mario universe, but takes trips back to the WDD universe frequently.

Objan debuted as "one of a lot of characters" in Pixelcraftian's video aired at March 6th, 2018, simply called 'objan | Animations' . Objan is shown as 2-frame loop crouching and standing, moving his arms and legs. not much else is shown in this video. It is notable that his head and face did not change at all in both frames. other than that, not much development was made.

Objan now has a radial gradient on him.

Objan has a dark purple scarf to show his leadership.

Objan now no longer has a gradient, and is in an 8-bit style, as he is now in the Mario universe.

Thanks to Objan's warning, userunknown protects himself and Objan from getting deleted by the end task bomb. 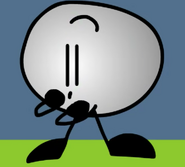 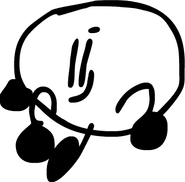