2 (Blown up by Blur Dee, Perma-killed by hero disintegrating machine)

New with the Old

Kirb is a pink guy

Kirb appears in "Clobbering Dat Dair Kerby" as a protagonist, facing against King Dedede's Clobbah Boi. He also appears at the end card, casting magic with the star rod. Kirb also showed his ability, which is to split into multiple Kirbs when hurt.

Kirb also appears at Maximum Pink, as a side character. his outline slowly fades to pink, then later restored, also appearing at the end card. First appearance of drawn-out Kirb was shown, as well as Rainbow Kirb. 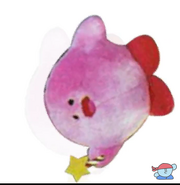 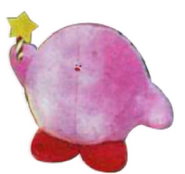 "I'm not dealing with this" 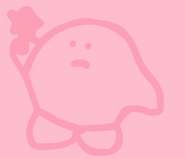 Kirb, drawn version in Maximum Pink, about to lose his outline. 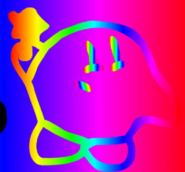 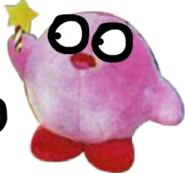 Add a photo to this gallery
Characters
Retrieved from "https://pixelcraftian.fandom.com/wiki/Kirb?oldid=6452"
Community content is available under CC-BY-SA unless otherwise noted.