Pixelcraftian Wiki
Register
Don't have an account?
Sign In
Advertisement
in: Heroes, OCs, Side Characters,
and 2 more

Cap. Grey (owned by CaptainGreyfYyx) is an OC who featured in a collaboration video between CaptainGreyfYyx and Pixelcraftian, who later became a side OC in Waddle Dee Delight.

And It Goes Grey

He wears the green cap with the Letter G on it, wears a green cape, and black shoes with a green body.

He has the same design as in And It Goes Grey, but his body is a lighter color than normal.

He looks the same, but wears a green bandana around his mouth and his body color is reverted back to how it looked before Panic at the Party.

He looks the same, but he now wears a green scarf that looks similar to Starstorm's scarf.

He looks exactly the same, but he no longer is wearing a bandana or a scarf.

He looks the same again, but he now wears a black belt with a light green circle in the middle. 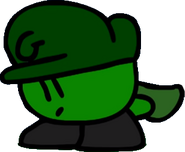 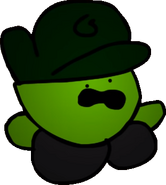 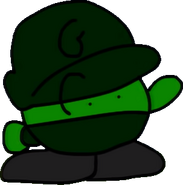 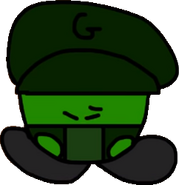 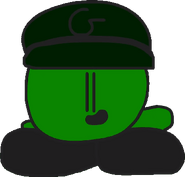 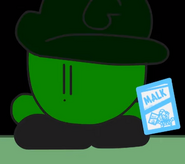 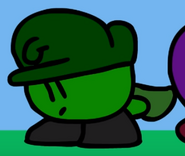 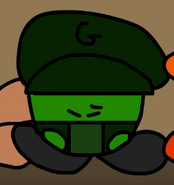 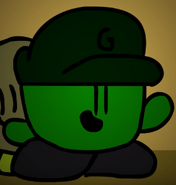 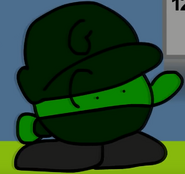 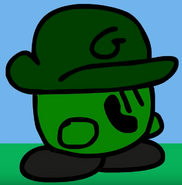 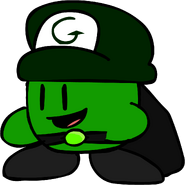 Current Design seen in Detective Kabe! and his main channel 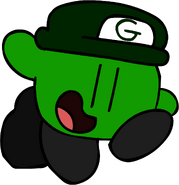 His new design, now losing the scarf and comebacking from his old design 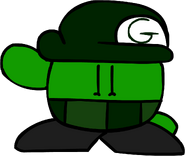 Old design changed, having an scarf with two colors 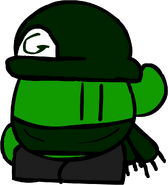 Other Old design changed, having now a different Scarf 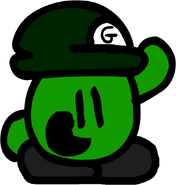 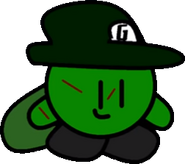